Posted 2 years ago | by @devadmin

The hacked page below was displayed directing visitors to send the Monero cryptocurrency to vote on whether or not the hackers should reveal alleged sensitive data proving their claims that Trump was involved in various conspiracies. The hacked page was displayed in the “About” section of Trump’s campaign website which posted an image that made it appear as if the FBI had seized the site. 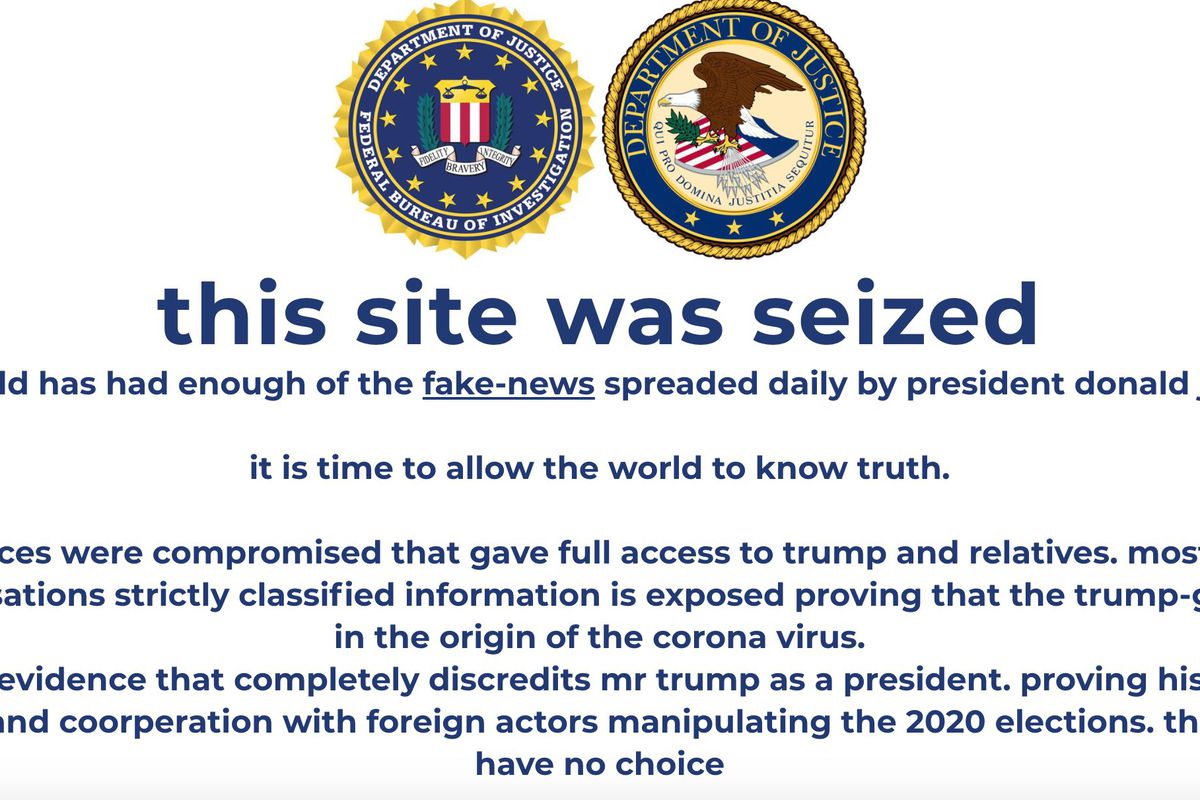 The New York Times reports. “This site was seized,” the fake FBI notice read, before claiming without proof to have gained access to Trump’s private communications containing evidence of wrongdoing. Two cryptocurrency wallet addresses were then listed, asking its visitors to send funds and vote on whether the “hacked” documents should be released.

In a statement posted on Twitter, the Trump campaign’s communications director Tim Murtaugh confirmed the defacement. He said “there was no exposure to sensitive data because none of it is actually stored on the site” and that the organization was “working with law enforcement authorities to investigate the source of the attack.” TechCrunch reports that the website’s original content was restored, “within a few minutes.”

According to The New York Times, journalist Gabriel Lorenzo Greschler was among the first to spot the hack and post screenshots of it to Twitter.

.@realDonaldTrump's campaign website has been hacked. Doing research for a climate change article and this is what pops up: pic.twitter.com/Kjc2ELSdAV

The notice posted on the site in broken English claimed to have proof that the Trump government was involved in the origins of the pandemic, and that Trump has been involved with “foreign actors manipulating the 2020 elections.”

It provided two Monero wallet addresses for visitors to send money to, allowing them to effectively vote on whether the hackers should release the incriminating evidence. One wallet was labeled with “Yes, share the data” and the other “No, do not share the data.”

Bitboy Crypto has previously reported that the U.S. government was looking to crack Monero encryption putting a bounty of $625,000 dollars on doing so and that governments worldwide would look to outlaw privacy coins in the future. Watch Bitboy Crypto discuss why Monero and other privacy coins could be the worst investment of 2021 in the video below.

Guest Post: How OpenCV cross compiles in The Blockchain OS.