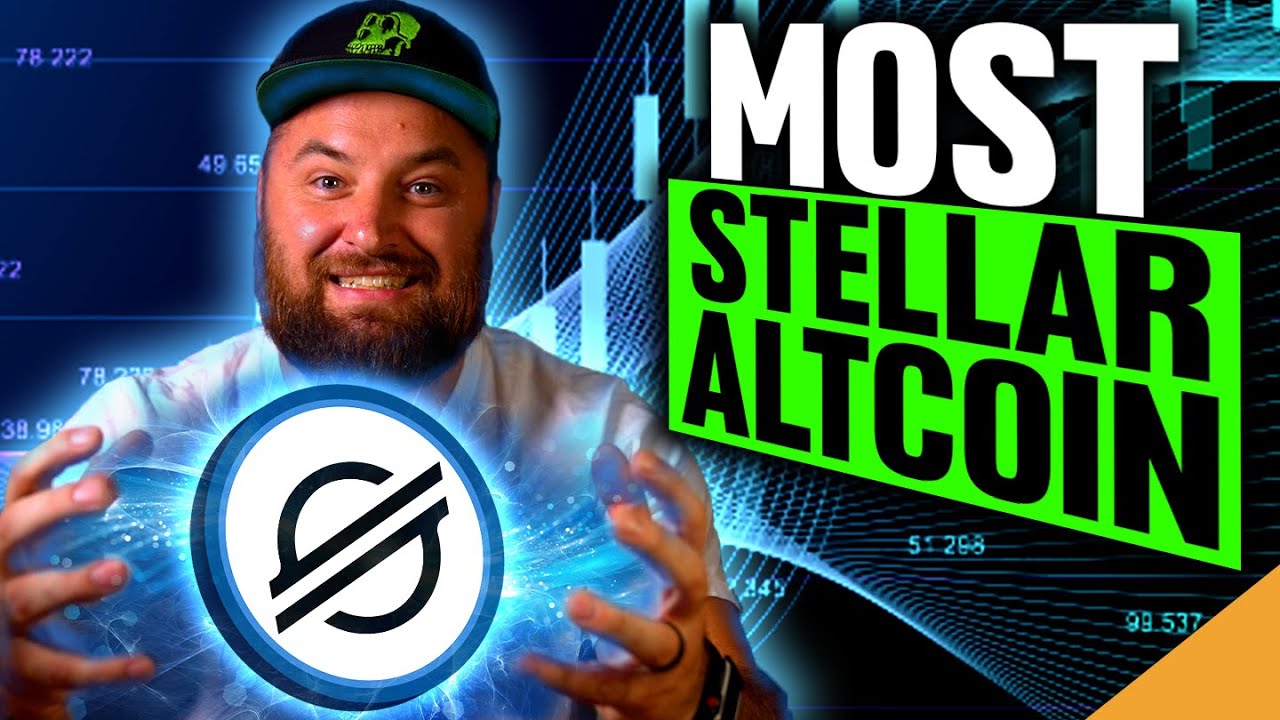 So many AltCoins…So little time. In this day and age, it’s hard to see what crypto projects are really in it for the long haul. One minute they’re a top 10 project, and the next, it’s all over. We all saw what happened with Luna and the plethora of insolvencies just a few months ago…if that’s not enough insight on the power of a bear market, let me let you in on a little secret, it could happen to anyone. Even if the project has a loyal following and great developers, all it takes is a few greedy people at the top to ruin it for everyone else. I’m not trying to be the bearer of bad news, and I don’t want you to lose trust in crypto projects all together, all I’m saying, is that in a balanced, diverse portfolio, sure you can take on some risk, but you want to have a healthy majority of your money on sure bets. It’s also a sure bet to hold you coins in a cold wallet which you can get by clicking the link below. Coins that have real world use cases are going to quickly separate themselves from the meme coins. If you don’t believe me in just a few short years, Crypto will be in the driver’s seat of cross border payments …and if you ask me, that’s a stellar idea. Let’s get it!

Welcome to Bitboy crypto home of the peoples channel where I come to you everyday to keep you in the know about Crypto. In this video, I’m taking a look at one of the biggest alt coins in the world, Stellar and its XLM token.

If you like crypto and want the latest information on what’s happening in the space, go ahead and smash that like button and subscribe to the channel.

If you’re new to the channel, know that our main goal here at BitBoy Crypto is to inform and educate you, the Bitsquad, so you have the tools in your belt to make informed financial decisions…and in time, those decisions will hopefully translate into life changing gains. In order to make these life changing gains, understand that this isn’t going to happen overnight…it takes hard work, discipline, dedication, and most importantly, developing a LONG TERM MINDSET. Now that we’re neck deep in a bear market, having that long term mindset is only going to help you achieve your goals because any smart coin you start to DCA in now, even if it goes down more from here, will be a BIG win by the time we get to the top of the next bear market in the coming years. What do I mean by smart coins you ask? I mean the coins that will be on the right side of history because of their involvement with the future of finance. Don’t let your tokens be forgotten, put them in a cold wallet. You can click the link in the description to get a ledger cold wallet which is the safest place to store your crypto until the next bull run.

The political landscape is constantly changing, and regulation is a growing pain, but not all of it is bad. Some of it goes hand in hand with our long-term mindset and can help us get to where we want to go. That brings me to the topic of ISO 20022. Some of you might have heard of it before, but if you haven’t, this is the integration of crypto into the legacy cross boarder payment system. The cross border payment system is essentially how foreign countries financially communicate with each other. If you have family or a friend who lives on the other side of an ocean, and you ever tried to send them money, you know how much of a headache this current system is. The Society for Worldwide Interbank Financial Telecommunications, or SWIFT, is currently who runs the show for the cross border payment system, and SWIFT themselves are the ones who are ushering in ISO 20022, so we know for a fact they’re not just blowing smoke. The timeline for when the Federal Reserve Bank is fully adopting ISO 20022 has been pushed back from late 2023 to March of 2025, but guess what? With our long term mindset, this is actually perfect timing; the perfect storm. The next Bitcoin halving goes down late march/ early may of 2024. The top of every market has traditionally been a year and a half AFTER each halving. So with ISO 20022 being legitimized in March of 2025, and the top being projected for September/ November of the same year, the coins involved with ISO 20022 have a red carpet to the top of the crypto hall of fame. We have covered this topic before, but I’m going back over it because some of you might be new, and it’s crucial that you hear this now if you haven’t acted yet. Yes, there are ISO complaint such as Algorand, IOTA, XDC, etc…but it’s unclear the exact role those coins will play in the ISO system. Those coins are safer bets than any meme coin, and personally I expect them all, especially Algorand, to do great things, but there is another level of safety here. There is another level of assurance you can have on this topic, because XRP and XLM are both apart of the ISO 20022 Standards Body. These are both directly involved with all things ISO, so in the next 5 to 10 years, both of these projects are going to do wonders on a global scale. And that’s regardless of what Gary Gensler and the SEC figures out in court against XRP…and that’s regardless of an GreyScale disclosing an SEC probe fearing that XLM could be a security. The global cross border payment system is a much bigger scale than a few rules in America, and these coins will flourish with or without the help of Gary Gensler and his band of thieves. What I really want to focus in on from here on out, is why Stellar Lumens, or XLM, is a safe bet in a balanced, diverse portfolio. First of all, Stellar has been around since 2014. It’s tried and true. They’ve process billions of transactions, and XLM is a choice coin amongst traders to send money between wallets or exchanges. Opposed to sending something in bitcoin, with a time of finality of 30 minutes to an hour, traders will swap to XLM, send things where they need to go, the gas is minimal and the’ll receive the transaction in a matter of seconds. Once that’s done, they can and swap back to whatever they want. It’s speed and reliability is very convenient, and that’s a goes a long way with a lot of users. Despite the not so stellar connection with Jed McCaleb, who played a major role in finding XLM, XRP and the defunct controversial exchange Mt. Gox, XLM, is one of the fastest coins in blockchain, it’s decentralized, and most off all, it’s accessible. While XRP is STILL unavailable on all the top American exchanges like Coinbase, Binance, FTX, etc… XLM is available on ALL OF THEM. XLM is so accessible, it’s even on Robinhood. To quickly circle back on the Jed McCaleb debacle, I have a source who has told me that Jed is also not so much in the picture anymore over at XLM, but that doesn’t matter. That stuff is for the birds. (tweet sound)

Regardless of his obviously misconstrued value system, I can’t deny that he has done well in helping create two top notch crypto assets that will help shape the future of finance…but when you look at what he did vs what he could have done…ehh…I’ll leave it at that.

Back to things that matter, Stellar has insane potential in more ways than one. Like we touched on, Stellar is a financial bridge for low cost, cross boarder transactions between any two currencies. This is why they’re on the standards body for ISO, and why goliath, highbrow  companies like IMB and MoneyGram are partnered with Stellar. Let me say that again…IBM AND MONEYGRAM are partnered with stellar. This isn’t stellar trying to get their brand noticed by having their name on a UFC mat or on a professional sports jersey…these are powerhouse, corporate monoliths are partnered with them because stellar helps them optimize their business and because of that everyone makes more money. The same utility that stellar gives to IBM and MoneyGram, is going to be at the core of every cross border payment when ISO takes over in 2025. This is the real deal when it comes to a crypto coin that has a real world use case, and don’t even get me started with the technicals. Yes, with the rest of the markets, Stellar has been in an ugly down trend since it’s local high in May of last year of around 80 cents. (chart below) It’s all time high was actually back in 2017 of around 86 cents, but the point here is that we know that at the least, without ISO and without being the common denominator of the global cross border payment system, we know that XLM has the capacity to be in the 80 cent range. Right now, XLM, is about 10 cents. I laugh just thinking about how hard this coin is going to pump in the next few years. Keep this in mind too…Stellar’s market cap is MERELY $2.6 Billion dollars. Do you really think it’s going to stay that low in the next bull run when ISO 20022 is up and running at full capacity? NOWWWWW you’re following me! Let’s think BIG with this one. IF XLM has the same market cap of, let’s say Bitcoin. It would be worth just shy of 15 dollars. GUYS, it’s TEN CENTS. Even if you buy now and it falls to 6 cents, SO WHAT? Even if it only went to a dollar that would still be crazy gains! Long term mindset. I don’t have to be a fan of Jed McCalab to be bullish on what he created. In due time, in the next 3-5 years, XLM is going to shock the crypto space. Its utility, its adoption, itss speed, it’s everything. Keep your XLM tokens safe on a Ledger cold wallet, if you don’t have one you can click on the link below to buy direct from Ledger. That’s all I got. Be blessed. Bitboy out! 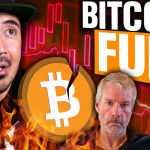 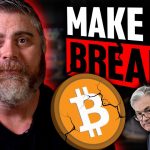