GRAFSOUND, a Singaporean platform is expanding and providing music and audio services based on blockchain applications. The company is working to store music and audio assets from across the world.

In recent years, technologies have been changing the entertainment industry in general, and the music broadcast in particular. Streaming is now a popular way to enjoy audio – and it has created big profits for platforms that were pioneers in the industry.

Streaming is is easy – however, it also raises the problems of sales, distribution and copyright enforcement.

Although authors and publishers have put enormous efforts in protecting their creations, it’s hard to detect when files are leaked and distributed on the internet.

In many markets, such as Korea, individual artists need to pay costly fees to have their records published – this can be changed – and artists can make more from their work.

In a world where music streaming is witnessing a bright future, as it comprises more than 20% of total revenue of the global music industry, a lot of people are rushing into it with a dreams of becoming big stars.

That’s where GRAFSOUND comes in, bringing a new hope for small artists. It aims to create a democratic community for composers, singers, musicians to join and get their works our there, without any concerns about copyright violations.

GRAFSOUND uses its native GRAF token or so-called GSMT and smart contracts to identify the origin and authenticity of a file. GSMT is also used as the currency on GRAFSOUND platform, enabling more speedy and transparent payments amongst users.

As a result, GRAFSOUND is able to eliminate the involvement of intermediary agencies, which reserves a huge amount of genuine profits for creators.

At the moment, users can sign up for an account on GRAFSOUND and upload their recorded music for free in order to gain earnings from sharing or selling them. In addition, they can invest in content of other users with their MyStarWallet and the GSMT.

GRAFSOUND is focusing on growing their popularity in the Asian region, covering countries which host millions of music fans, for example China, Vietnam, and Korea.

Articles on Bitboy may contain affiliate links that help us to remain profitable. It might come as a surprise, but all these great articles aren’t cheap to produce. If you don’t mind helping us out, please click on the links! 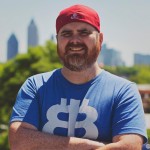 Ben Armstrong is a YouTuber, podcaster, crypto enthusiast, & creator of BitBoyCrypto.com. Better known as BitBoy Crypto, he works hard to educate and inform the crypto community.

Ben has been involved with the world of cryptocurrency since 2012 when he first invested in Bitcoin. He used Charlie Shrem’s BitInstant & lost Bitcoin in the Mt. Gox hack.

In 2018, Ben decided to go “full-time crypto” and focus all of his time and energy into expanding the reach of crypto.

If you have any questions or comments please feel free to email him at BitBoy@BitBoyCrypto.com or contact him on Twitter @BitBoy_Crypto.