Amazon CEO, Jeff Bezos is set to be replaced by Andy Jassy who has previously released blockchain products.

Amazon announced that its founder and CEO Jeff Bezos was stepping down as CEO, and Amazon Web Services (AWS) CEO Andy Jassy who has overseen Amazon’s crypto product offerings — will replace him.

In his resignation letter to employees, Bezos stated that he would  still be involved with the company as an executive chair of the Amazon board, where he would “focus my energies and attention on new products and early initiatives.” The transition is scheduled for later in the year.

Bezos also expressed that Jassy “will be an outstanding leader, and has my full confidence.”

All eyes are now on Jassy, with many in the crypto industry hoping that he will introduce cryptocurrency into Amazon’s accepted payment methods. When it comes to Jassy’s history he has in the past embraced blockchain technology.

Cointelegraph reports that Jassy offered a mixed review of blockchain technology and its applicability to Amazon’s business in 2017.

In a statement at the Amazon “re-invent” conference, he expressed doubt that blockchain could be used for more than a “distributed ledger” but also said he and his team were personally interested. However, company policy dictated that they don’t “build technology [just] because we think it is cool.”

Besides Amazon, there is also Wallmart, IBM, Infosys, Microsoft, UPS, and other big names that are exploring the use of blockchain technology. These companies are trying to implement Blockchain Technology in their daily business operations and to make their work more efficient. Amazon now offers several “blockchains as a service” through AWS, which it first started releasing in 2019.

The company wrote in its United States patent application that it can be challenging, if not impossible, to ascertain the trustworthiness of a party as activities move online and internationally. It noted, “Trust is earned. Once trust is lost, it can often be difficult to regain.”

So Amazon’s interest in blockchain technology has expanded since Jassy originally commented on it in 2017. 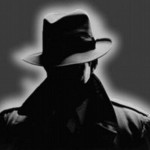